I’m actually quite proud of myself for putting this review up this week. I wrote it for Goodreads a while ago, but never got around to cross-posting… and the book literally came out yesterday. What excellent timing I have. 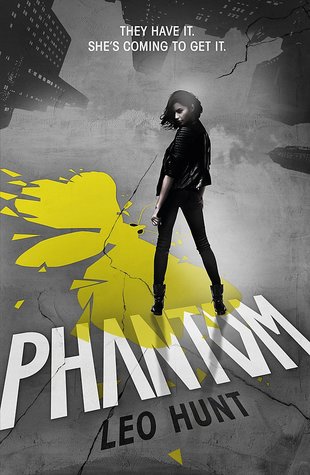 I had extremely shallow reasons for requesting this book from NetGalley.

Also, I realised when I was about to start it that it was by the same person as 13 Days of Midnight, which I’d really enjoyed, so I guess that’s a slightly less shallow reason.

My main impression was that, although it bears no resemblance whatsoever to my project containing a character called ‘the Moth’, Railhead is actually a great comparative title. The book gave me extremely strong Railhead vibes from the moment I started it, and it wasn’t because of the character’s name. I mean this not in a bad way or to suggest that it was unduly influenced by Reeve, but in the sense that if you liked one you’d probably like the other. It was largely the subject matter and premise that gave this impression: the futuristic world, the use of AI and the question of what it means to be human, a famous criminal approaching a small-timer for a mission, and so on and so forth. No trains to speak of, though, so if that’s what you liked about Railhead, you might be disappointed.

For the most part, this book was extremely enjoyable. The tech was cool and original, without the terminology becoming incomprehensible. Most of the terms were easy to figure out from context, or they were quickly explained without info-dumping. The main character was gay, which was relevant but not a central plot point, and I liked how subtly that was introduced. I also liked that there was a disabled character who made visible use of mobility aids, but the treatment of this character was something I wasn’t such a fan of.

Truthfully, the book felt pretty ableist at times. This character (whose name I’ve totally forgotten, whoops), basically saved Nova when she was a teenager, but she repeatedly calls him a cripple and other hurtful words, and the narrative never criticises that or suggests that she’s wrong to do so. Other characters are disparagingly described as ‘deformed’, and there were generally speaking a few uncomfortable undercurrents that I didn’t like. Which was a shame, because it’s rare to see futuristic tech used in the context of mobility aids and similar, and I’d have enjoyed the inclusion of that if it wasn’t for the way that character felt… disrespected by the narrative.

Aside from that, though, there wasn’t a lot to dislike. There were a few sharp plot twists that caught me by surprise, which is always fun, and it was fast-paced enough to keep me reading late into the night, even though I was definitely meant to be in bed. (Me: “I’ll just start reading this book. At midnight. This is a totally sensible life choice, because I’ll only read one chapter. Oh wait…”) And I think if you like Philip Reeve, you’ll enjoy Leo Hunt.

But it probably would have been a strong 4*s if it weren’t for the ableism, and instead I don’t feel like I can justify giving it that, even though 3* feels too low given how much I enjoyed the rest.

One thought on ““Phantom” by Leo Hunt”