I’m trying to get back into posting here regularly, but I think for the moment one review a week is all I’m going to be able to manage until I can sit down and really schedule a bunch of stuff (and my wrists are dead right now, so that’s not going to happen). This is a review I wrote a while ago for NetGalley, but hadn’t shared here, and since it was more complete than the others it didn’t require me to do too much typing, so seemed a good choice. Plus, it comes out in just over a week, so I feel vaguely topical and up-to-date. 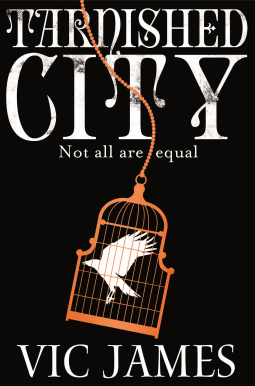 You may remember that I reviewed book one of this series, Gilded Cage, a while ago. It was long enough ago that I was hazy on the details and needed to reread it before I started book two, which was probably a good decision. It also made it easier for me to compare the two, and I think overall I enjoyed this one more.

That might just be my personal taste: it focuses more on rebellion and uprisings and that kind of thing, rather than on the injustice of the slavedays that dominated the first book. There, we were presented with the motives, and now we’re seeing the action taken. It helped also to reduce the icky feeling of reading about slavery, which I couldn’t quite shake in the first book.

However, what really struck me was the extent of moral ambiguity. There are some characters who are out and out evil, it’s true. And there are others who, barring a few mistakes here and there, are pretty damn good. But between them are a whole host of characters where the most unlikely candidates might be an ally or an enemy and you never know which it’s going to be. This book was constantly surprising me on that front.

It’s quite a violent novel, so if you’re squeamish, there might be a few bits that are difficult to stomach. Most of the worst violence is merely described rather than portrayed on page, but it’s still pretty brutal in pages. I’m particularly sensitive to any descriptions involving eyeballs, so I felt unwell on a couple of occasions. That said, I’m pathetically squeamish, and also have definitely read worse. While there’s a certain degree of horror, I didn’t feel it was used gratuitously.

The characters themselves may be ambiguous and morally grey, but there are clearly two sides in this fight, and one is right and one is wrong. I don’t think anyone could read this book and think that maybe the Equals who believe in the slavedays are in the right, and if they did, I’m concerned about their beliefs in real life. However, the cleverness is that although the sides may be black and white, it’s not clear who is on what side, or for what purpose. Characters swap according to their motives at any given moment, and while some players stay put, there are enough moving pieces to make it entirely unpredictable.

I found the unpleasant perspectives more effective in this book: while it still wasn’t comfortable to be in someone like Bouda’s head, I definitely felt it contributed to the overall mood. In book one, I wasn’t sure about it, but I think now that the narrative moved away from being so directly about slavery, it was less unpleasant and more narratively interesting.

Several other characters became more interesting to me too, including Abi, who lost some of her naivety in favour of actually being an active participant in the plot. That said, there were a lot of characters active in different places throughout the book, and sometimes it felt like jumping from one perspective to another didn’t allow me to grow overly attached to any single narrator and their fate.

I DID however like Midsummer quite a lot. As far as I can recall, she’s the only queer character in the series so far. She has an undercut, a girlfriend, and one hell of an attitude, and I was quite a fan. Pity we didn’t get to see anything from her perspective, though.

On the whole, I thought this was a strong follow-up that in many ways was more enjoyable than the first book, barring some parts which upset my squeamish stomach.